How I discovered Buddhism as a psychologist

How I discovered Buddhism as a psychologist

My path to Buddhism is not quite straightforward and characterized by many interesting encounters with people who are enthusiastic about the Buddhist teachings.

Already during my studies I was interested in Buddhism. I had already read two books by the Dalai Lama and found his teachings extremely valuable. But I did not associate psychology with Buddhism. That came only after several journeys.

How I got in touch with Buddhism

In 2012 I traveled through Canada and a friend invited me to go with him to the Shambhala Center in Halifax, Nova Scotia. There I learned meditation, mindfulness and the Buddhist world view for the first time in a practical sense. That impressed me immensely.

A 6-month trip to India followed, during which I became even more familiar with Buddhism. I lived in Dharamsala for a while and the Dalai Lama was more or less my neighbor. I saw him a few times and learned many things from him during a 4-day teaching. I spent a lot of time in the Tibetan library reading every book I could find on the subject.

Back in Germany, I got to know Dr. Ennenbach’s interpretation of Buddhist psychology and became a Buddhist therapist of BPTⓇ.

But it drew me again to India, because there is the cradle of Buddhism. On my second trip to India I went to Bodhgaya, the holiest place of pilgrimage for Buddhists. I saw a descendant of the tree under which Buddha reached enlightenment. That was immensely inspiring. I lived in a semi-monastic institute where monks and Buddhist scholars regularly offer courses. I studied there for a long time Buddhist Psychology. During this time I already worked as an online psychologist and was able to apply my new, intensive knowledge directly to my clients. I have been doing this ever since and get a lot of positive feedback.

The interfaces between Buddhism and Psychology

All Buddhist philosophy revolves around the end of suffering. And Buddha clearly said, “All suffering has its origin in our mind.”

So we can say that Buddha was already a psychologist with valuable insights. The methods he gives us to end our suffering have been studied by many Western scholars for decades. Many modern studies prove, for example, the supportive effectiveness of meditation in healing various psychological problems. Above all, cognitive behavioral therapy is very similar to Buddhist psychology. But it lacks the Buddha and partly also the depth of Buddhist wisdom.

In contrast to Western psychology, Buddhist psychology is not only about ourselves but also about everyone else. It’s about being part of a big world structure and striving for changes not only for oneself, but for all beings.

I am very fond of Buddhist psychology and philosophy, but I would not call myself a Buddhist. This is important, because my psychological counseling is not about missionizing the clients, but only about initiating positive changes with the wisdom of Buddhism.

In September 2019, together with my colleague Nadim Mekki, I will publish a series of books on the subject. To learn more about the book series Buddha to go, please click on the link. 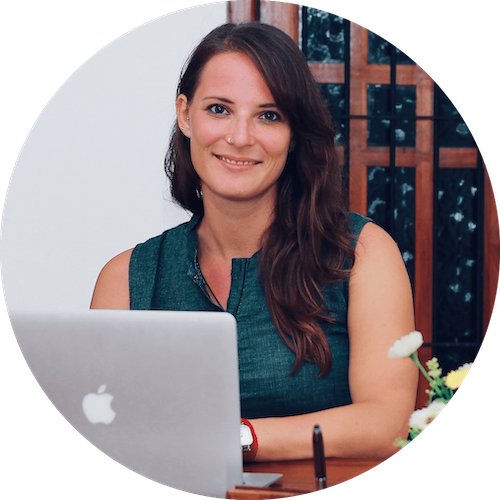